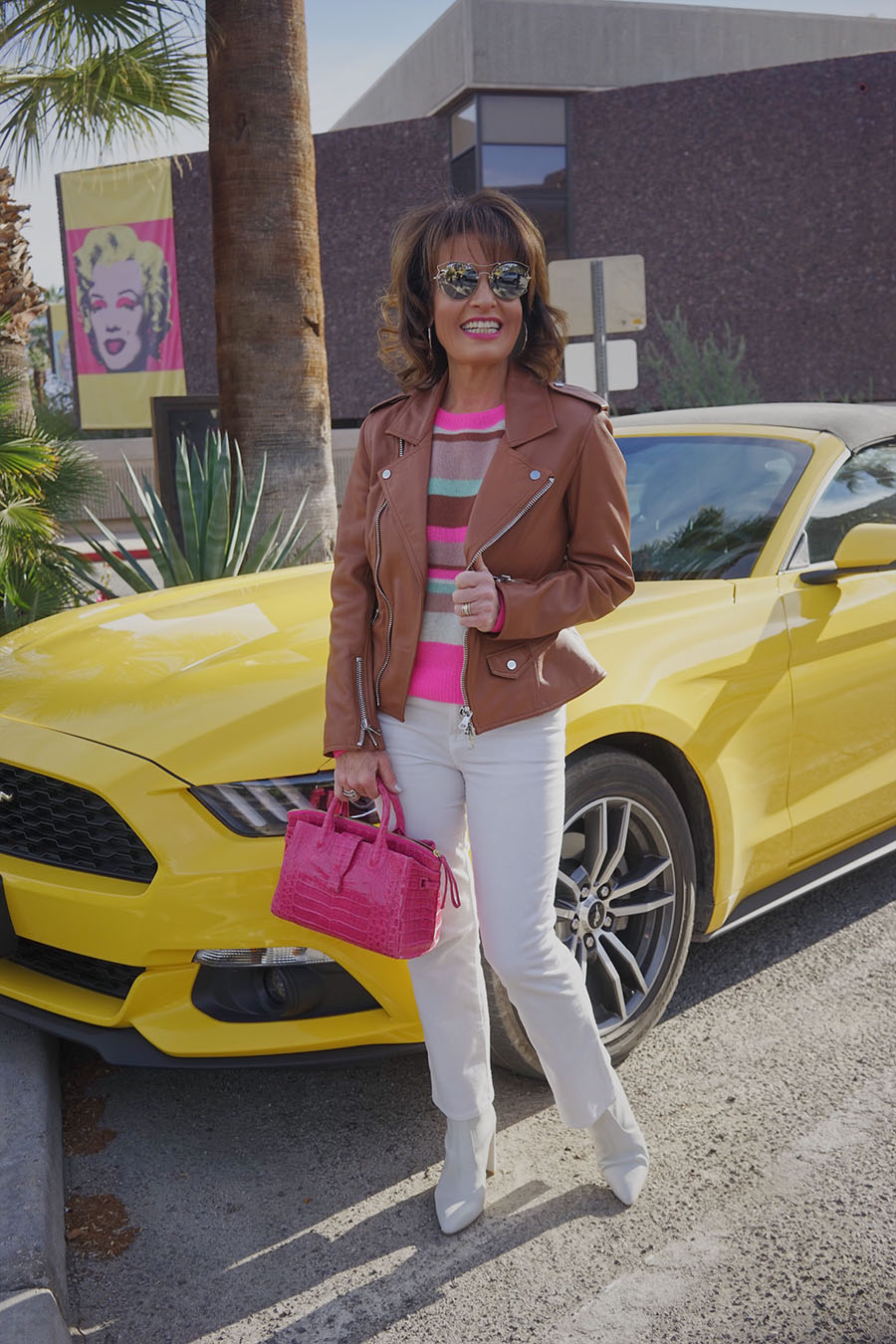 I love it when fashion-photography stars align! Many of you probably don’t know, but when I do a photoshoot, I take between five to six outfits with me and scout out the area for wonderful backgrounds. Since my sister and I spent so much time in Palm Springs this winter, we embarked on three major shoots. I changed clothes in the back seat of my SUV, (the windows are tinted back there), and I hung the garment bags on the side windows for extra privacy. As we were already parked in the Palm Springs Art Museum parking lot, I changed into this outfit while in the lot’s relative calm and privacy. I decided to keep the bottom-half of my outfit white so that the colors of the sweater and the jacket popped, and I wore white boots to keep the leg looking long (we short people have to think of these things!). If I had chosen a boot in tan or beige, it would have interrupted the length of the leg and competed with the perfect match of colors in the jacket and sweater, another fashion-star alignment.

The prints of Andy Warhol, which are currently on exhibit at the museum, featured a huge print of his “Marilyn Monroe” on the museum’s exterior wall. As I emerged from the car, we began to look around for places to shoot, which would include the Marilyn print in our photo. It was then that we both spotted this yellow Mustang convertible. The owner, who happened to be approaching the car, agreed to let us use it for these photos, and Janet was able to capture the Marilyn poster which contains the exact colors of the outfit and the car!

Our dad once owned a Mustang convertible (albeit blue), when we were young girls, and we both thought that this Mustang moment was truly meant to be! 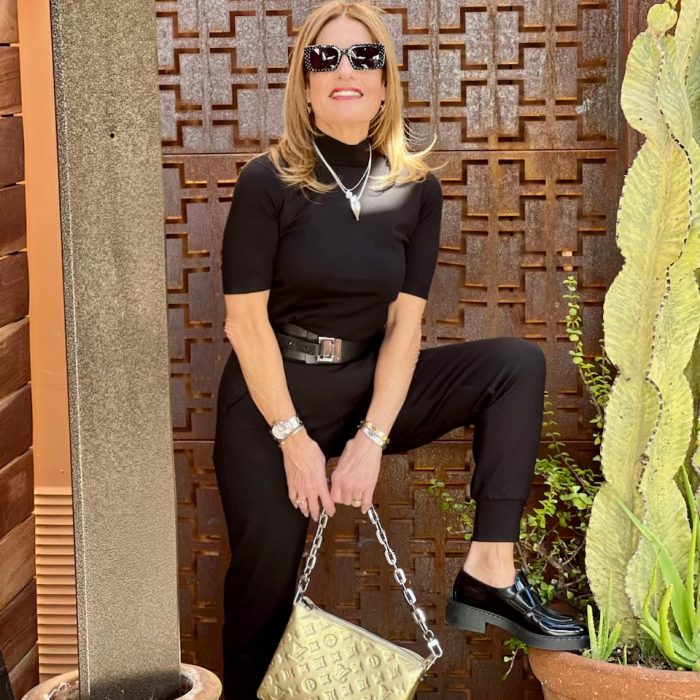 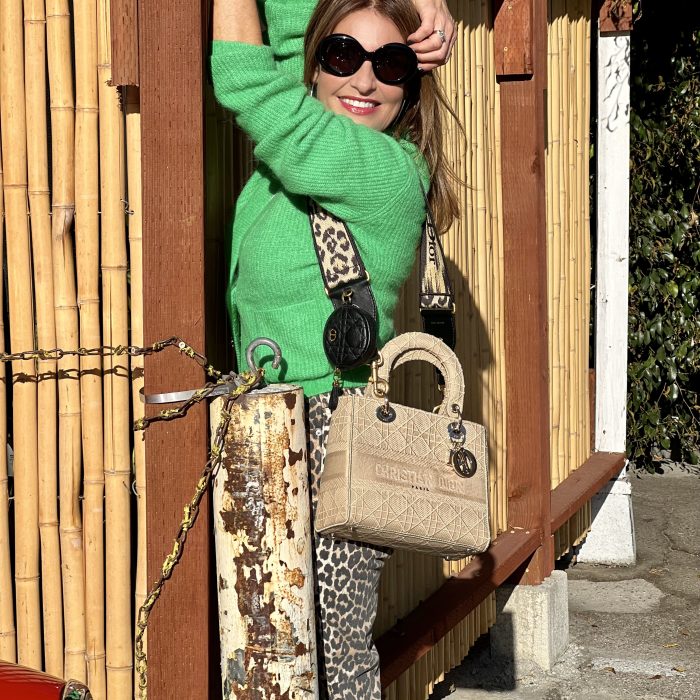 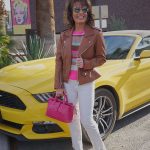