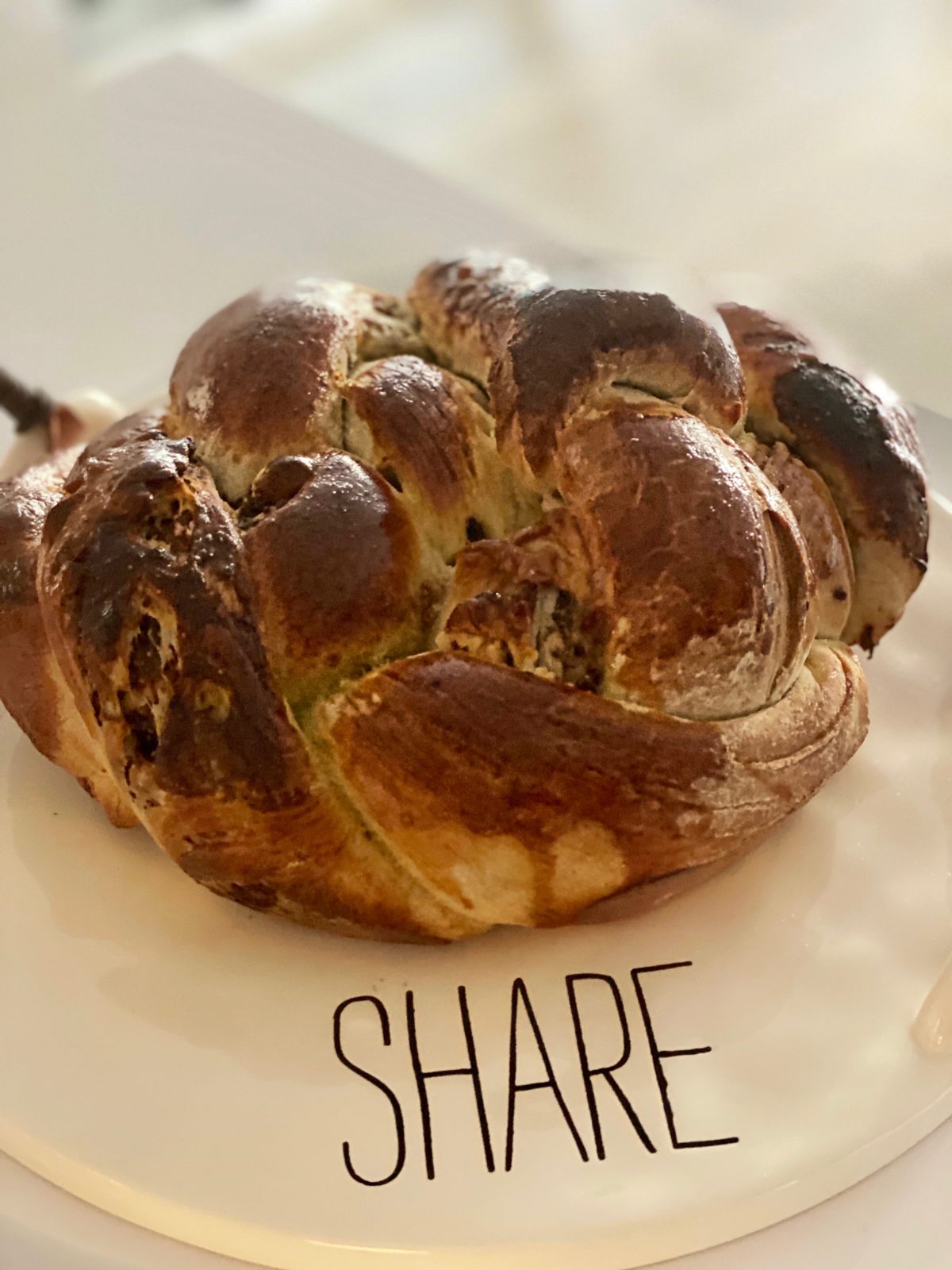 It was the day before Rosh Hashana and we were up in Lake Tahoe. I was driving to Whole Foods to stock up for my holiday cooking, when my friend, Kathryn, who was also in Lake Tahoe, called me and said, “I am texting you a recipe for Fig and Olive Oil Challah. You have to get the ingredients, while you are at Whole Foods and you have to make this Challah, it looks so good.” “Uh, okay,” I said, “when I get to the store I will have a look.” Figs and olives are a famous food coupling, so I was already intrigued, even though there are no olives in this recipe, just the olive oil. The original recipe, which is actually by one of my favorite cooks, Deb Perelman of The Smitten Kitchen, called for a lot of salt flakes, throughout and additionally on top. I am not a huge fan of salted Challah, so I omitted it from my version.

Making a round Challah is a bit of a challenge, but here is a video that guides you through the technique. After I braided the Challah, I placed it into a glass pie plate, which was perfect for retaining the round shape.

Here is a video by Gelson’s which is also very helpful.

So now that you are equipped with photos of ad videos, there’s no reason not to make this wonderful Challah.

The end result is so good, I literally had to stop myself from consuming half of the Challah. Without further ado, I present my version of the recipe for Fig and Olive Oil Challah!

For the fig filling: 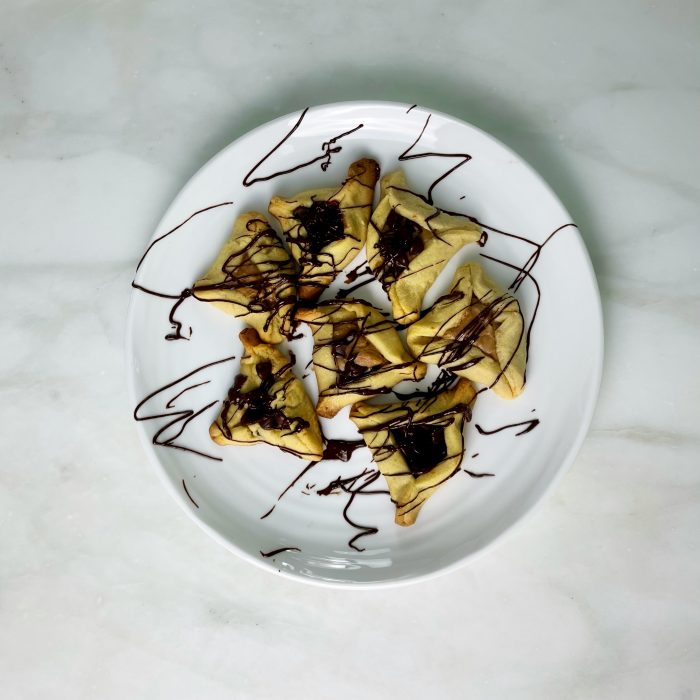 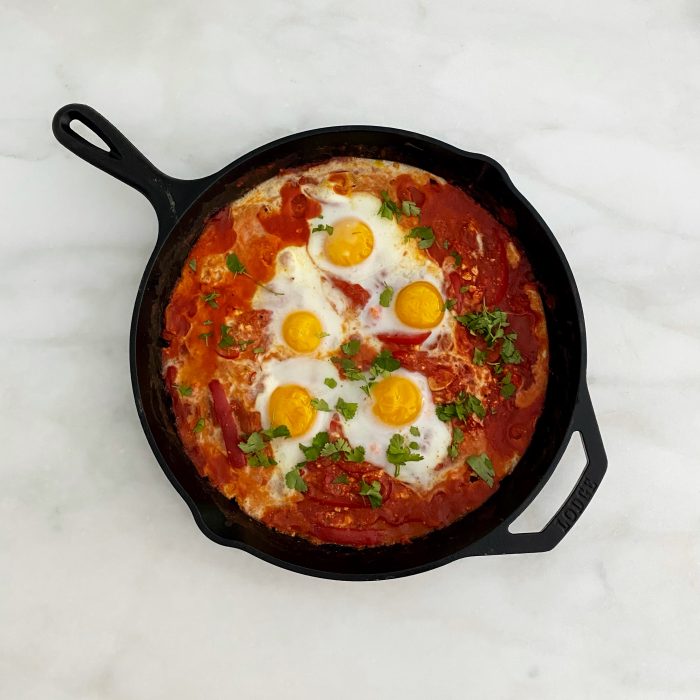 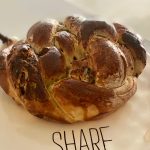