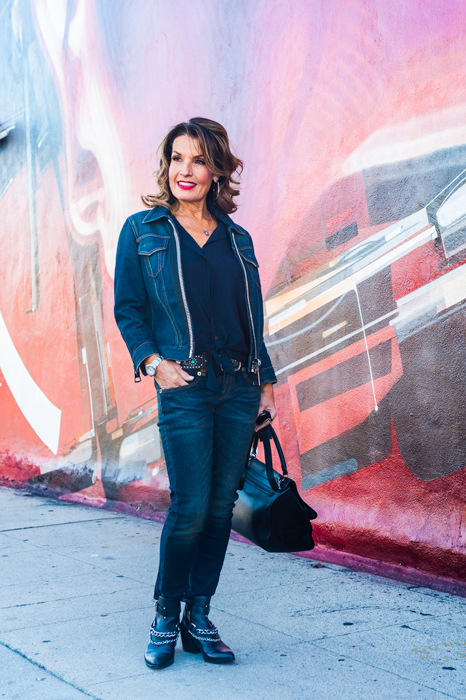 A jean jacket paired with jeans is called a “Canadian Tuxedo.” I learned this when I moved to the U.S. from my native Canada. Up until that point, I never knew that the term existed. I figured that it originated because the fashion world viewed pairing denim with denim, a faux pas; and since Canada was not famous for its fashion contributions, the term was accompanied by a negative connotation. Once I did some research, I discovered that the term was coined in 1951 when Bing Crosby was denied entrance to a Canadian hotel simply because he was dressed all in denim. At the time this was deemed too casual for a formal setting in a very conservative country.

I am in love with these jeans by R13. I had never heard of this brand until I discovered it at Savannah in Santa Monica, CA. I will admit that the jeans are a tad pricey, but they are so comfortable and flattering that I was willing to splurge. The silk top that ties is both a shout out to the retro look of yesteryear, but with a more contemporary feel, and this look is very trendy right now. This denim jacket by Burberry, which I have owned for years, always seems to add the right amount of wow to an outfit. The moto booties keep everything looking edgy. 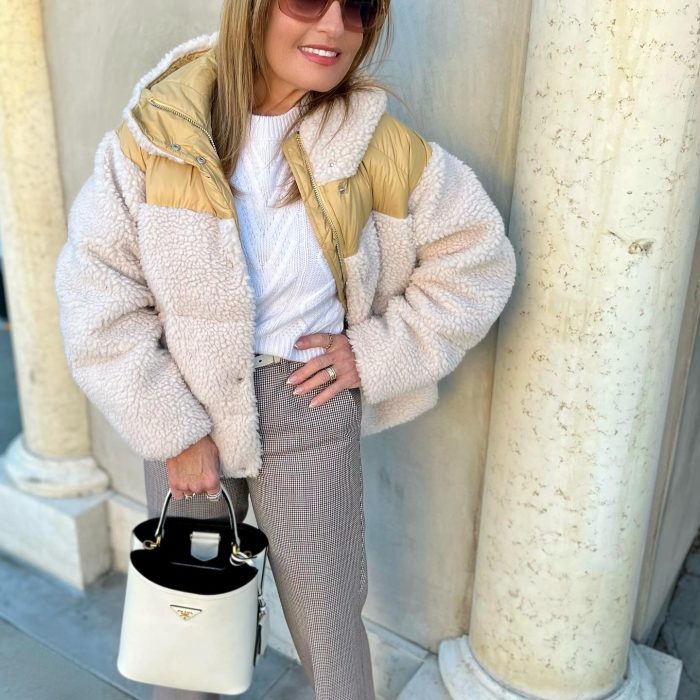 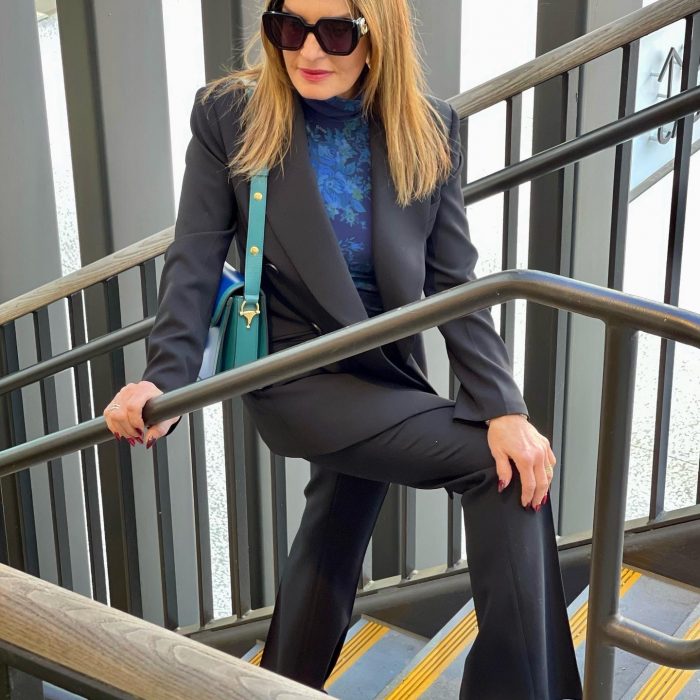 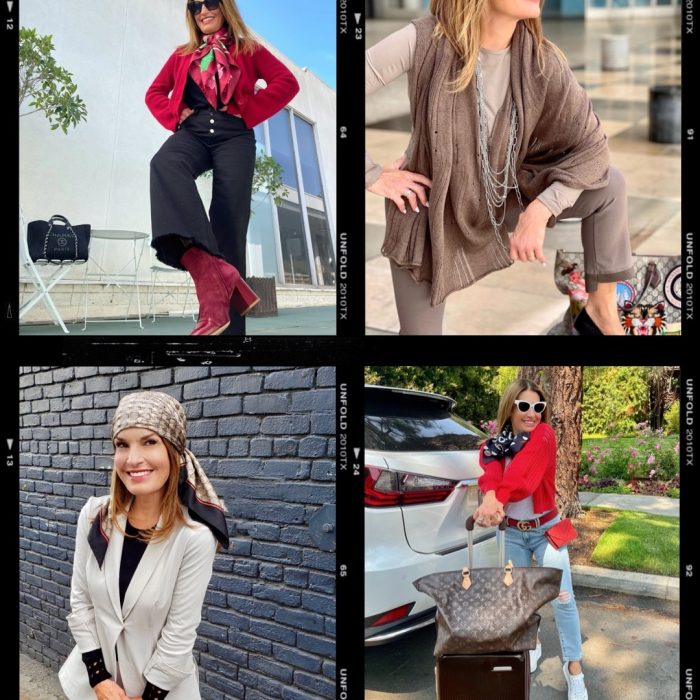 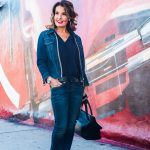